How to Avoid Self-Incrimination During an OWI Stop in Wisconsin 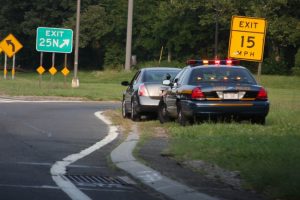 You’ve just had a great time socializing with friends or family members over a few beers, but the party’s over and it’s time to get home. You know you’ve had some drinks over the past couple hours, but you feel alert enough to drive so you start making your way home when a police car pulls out behind you and throws on the lights.

It’s a situation many people find themselves in: a state where they feel comfortable driving, but aren’t sure if they’re over the legal limit when pulled over by police.

If you think you may be over the legal limit in Wisconsin, it’s extremely important to avoid incriminating yourself when talking to law enforcement during a traffic stop for suspected drunk driving, OWI, or DUI.

To do so, it’s crucial to remember a few important things about what you should say what you shouldn’t say, potential consequences of those actions, and what to do next if you’re charged with OWI in Wisconsin.

Let’s explore how to avoid incriminating yourself during a traffic stop in Beloit, Wisconsin.

If you’ve ever experienced a traffic stop in the past, you probably have a good idea of what kinds of questions to expect from the officer. While you must give up your driver’s license, vehicle registration and insurance information, remember that you have a right to avoid self-incriminating statements.

While the officer might try to position his questioning as “helpful” or “friendly,” remember that it’s not the police’s job to be nice or make friends; these are frequently nothing more than attempts to get you to admit to something.

If the officer asks you if you know why he or she pulled you over, politely say no. This isn’t lying because regardless of whether or not you were speeding, driving erratically or something else, there’s no way to know what compelled the officer to pull you over.

If the officer asks if you’ve been drinking recently, it’s extremely important to not answer the question.

It’s important to note that your refusal––although completely legal––will only add to the officer’s suspicions, which will most likely result in testing of some sort.

If you believe you may be over the legal limit, do not agree to take any field sobriety tests.

While you may think you’re capable of passing, some parts of the test are judged so subjectively by the officer that many people can’t even pass it when sober. In addition to this, there are tests that measure involuntary actions you simply can’t control such as the horizontal gaze nystagmus test, which detects an inability to follow a moving object with your eyes smoothly.

In Wisconsin, the law allows drivers to refuse field sobriety tests and preliminary breath tests without the penalty of license revocation, however refusal will almost always lead the officer to move to chemical testing, which does result in automatic license revocation if you refuse. This is due to the implied consent law in Wisconsin.

“Implied consent” has to do with the fine print on your drivers license which essentially states that by simply operating a vehicle, you consent to a chemical search if a law enforcement requests one with probable cause to believe you may in fact be over the legal BAC limit.

Consider the consequences of refusing chemical testing in Wisconsin

In Wisconsin, chemical testing comes in the form of either a breath test or a blood test. You aren’t given a choice as to which one you’ll be given, it’s up to the officer.

Deciding whether to take this test or refuse it means weighing the consequences of automatic license revocation versus a potential OWI.

If you don’t have any prior OWI violations, refusing the chemical test will result in an automatic revocation of your drivers license for at least one year. Keep in mind that your refusal could be used in court as “consciousness of guilt,” which could be used to bring about an OWI conviction even without chemical testing.

If you agree to take the test and fail, Wisconsin’s laws permit you to request an alternative test, which is in your best interest to take since there’s a possibility a new test will yield a different result.

Above all, simply being aware of your rights during a traffic stop while fully understanding the consequences of your decision are the best tools to have at your disposal when dealing with these situations.

If you are arrested for OWI, it’s crucial to hire an experienced criminal defense lawyer in Beloit, Wisconsin immediately. Contact the Fitzgerald Law Firm today for a free consultation. We understand that meetings may not be possible during traditional business hours, so please let us know a time that works for you and we’ll do our best to accommodate you.