Video: What To Do If You’re Arrested 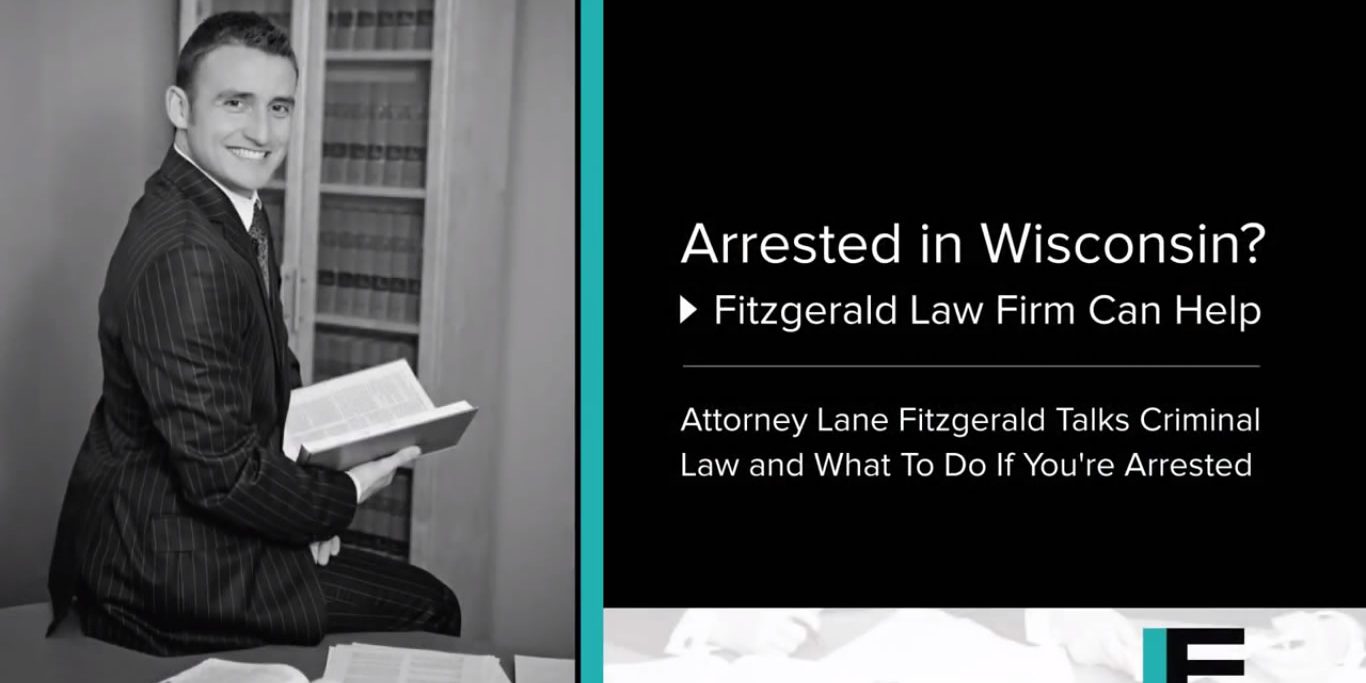 Schedule a free consultation with The Fitzgerald Law Firm by clicking here.

Title Slide: Arrested in Wisconsin? Fitzgerald Law Firm Can Help | Attorney Lane Fitzgerald Talks Criminal Defense and What to Do If You’re Arrested

What kinds of criminal law cases, besides OWI, do you handle?

We do a lot of drug offense cases – we see a lot of those coming in – whether it be your first offense for THC, second and subsequent for THC, possession with intent to deliver, party to a crime. We handle a lot of batteries. Really, its a very wide gamut, what we handle.

What is your advice to someone who has just been arrested?

Simply, I would tell them one thing: do not talk. It doesn’t matter if you’re innocent or you’re guilty, don’t talk. And the reason for that is the police do not go around, contrary to popular belief, the police do not go around just arresting random people. It just doesn’t happen. The likelihood of a random person being arrested without the police actually thinking you did something wrong is very rare. It would be an anomaly, the absolute exception to the rule.

Police normally believe that they are arresting the right person. Whether or not that pans out to be true is to be seen when it gets to trial, but the police only talk to, in essense, three types of people. One, people they think have committed a crime. Two, people they think are going to commit a crime. Or, three, a person with information about a person who has or is going to commit a crime. So if the police are talking to you and they’re asking you questions and they’re interrogating you, the best thing to do is not talk.