Learn the New Penalties for 5th and 6th OWI in Wisconsin 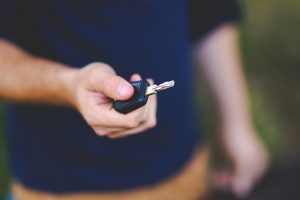 If you or a loved one have been charged with operating under the influence for a fifth or sixth offense in Wisconsin, then you need to know about the latest changes to the penalties for these criminal offenses since Governor Scott Walker signed Senate Bill 455 into law on April 25, 2016.

In an effort to bring drunk driving laws into closer alignment with those of neighboring states Wisconsin lawmakers authored this bill which increases the severity of consequences to individuals convicted of repeat drunk driving offenses. As a result, the potential penalty for 5th and 6th DUI offenses in Wisconsin are much more severe than before.

This article will take a closer look at the new penalties for both fifth offense and sixth offense drunk driving or driving under the influence (DUI) in Wisconsin, including an explanation of both the mandatory minimum and maximum penalties.

You may also want to read the article, “Learn About Wisconsin’s New Penalties for 4th Offense OWI” by Attorney Lane Fitzgerald.

If you are convicted of a fifth or sixth drunk driving offense in Wisconsin, the minimum sentence you will receive remains the same as before:

While these minimum mandatory penalties have not increased in severity with Wisconsin’s new repeat offender law, don’t be fooled: the potential extent of your sentence could be much more severe.

Next, we will explore the new maximum sentence you could receive as a penalty if you are convicted of 5th or 6th OWI offense in Wisconsin.

If you are facing charges of 5th offense drunk driving or any other DUI offense in Wisconsin, it is important for you to get in touch with an experienced and trusted criminal defense attorney right away.

The previous sentence for 5th or 6th offense  in Wisconsin included a fine up to $10,000, up to 6 years in prison, or both, depending on the case.

Now, since recent changes to the law, if you are convicted of either a 5th OWI or 6th OWI in Wisconsin, you could face one or both of the following penalties:

Again, depending on the circumstances of your case, you could face either or both of the above penalties upon sentencing.

If you have been arrested on suspicion of repeat DUI charges in Wisconsin, it is in your best interest to contact an experienced criminal defense lawyer who can help you fight these charges.

Defending Against DUI Charges in Wisconsin

Going through the experience of an arrest and living under the pressure of impending felony DUI charges can feel overwhelming, but it is important to fight for your defense.

There is hope, even if you are facing DUI charges in Wisconsin for a 5th offense, 6th offense or other subsequent offenses.

Drunk driving or driving under the influence arrests include much subjectivity, such as frequently unreliable field sobriety tests, as well as many other moving parts. There are also health conditions, such as PTSD, that could play an important part in your defense. All of these factors create opportunities your defense attorney can explore in fighting for you.

Take the first step to fight for your freedom and contact an effective attorney today.

You may be interested in reading the article, “3 Ways to Get an OWI Dismissed in Wisconsin” by Attorney Lane Fitzgerald.

The Fitzgerald Law Firm is happy to extend to you, at no obligation, a FREE 15-minute consultation to discuss the details of your case and help get you pointed in the right direction to fight DUI charges in Wisconsin.